Many people first learned about Cinnamon around Christmas 2017, as the design was used in Lumoava’s Christmas ornament that year. In the following autumn, Cinnamon was further translated into a jewellery collection, bringing joy to fans all around the year. The shape of the Cinnamon design was inspired by the cinnamon stick. One time, Heikki caught himself staring at the end of a cinnamon stick, and continued working on the shape on his drawing board. This was the starting point for the ornamental design loved by many.

The Cinnamon design is wonderfully playful, making the collection ideal for a bon vivant with a big personality – and naturally for all of us who love Christmas.

View basket “Cinnamon Christmas decoration 2017” has been added to your basket. 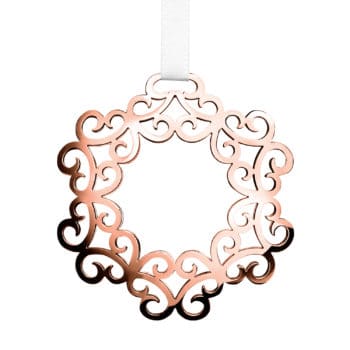